How to Be Accountable for Your Emotional Wake as a Leader 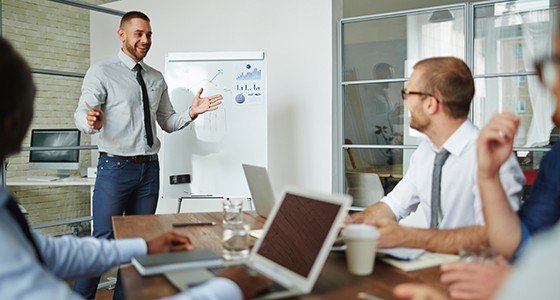 What’s the impact of a Fierce conversation before it’s even happened?

How often do you have a conversation with yourself before a team meeting, an interview, or prior to delivering feedback or confronting a problem?

Consider it an essential part of your prep time, integrated into the normal routine of preparing for a meeting. And depending on the situation or person, it can take anywhere from a few minutes to many. The value of a conversation with someone else begins with the conversation you have with yourself.

Why? Because all conversations are with yourself, and sometimes they involve other people.

Last summer we published a blog post on how to clean up a “messy conversation”. You know the kind, the ones that have an aftermath or an aftertaste that is less than positive. Someone lost their temper, or they retreated into the human tendency to defend, deny, or deflect.

And in the aftermath? Neither you nor your colleague enriched your relationship. Trust wasn’t built. Maybe the actual issue wasn’t entirely identified, or solutions weren’t discussed because somewhere along the way in the conversation, things went awry. Both you and your direct report leave they conversation with a bad taste in your mouth because neither of you said what was really on your mind, or you didn’t say it in a way that made it possible to enrich the relationship.

I’ve got the perfect example of this. A few years ago, I was working for a chemical company and our primary clients were engineers I visited each month. Over the course of my tenure with this organization, I slowly built relationships with each of these individuals. Eventually, I left the company to take a new job opportunity.

A few weeks later, I came to find that I didn’t do a good job of saying goodbye. One of my clients, a building engineer at the Kennedy Center, called me on my cell. He shared that he was upset, and I immediately thought this had to do with a recent order. I explained that I wouldn’t be able to assist him on this front as I was no longer with the company. He paused for a moment and then elaborated, “I’m upset that you didn’t contact me to say you were leaving.” Ouch. This caught me off guard. I didn’t realize the effect my leaving had on these clients, and it opened my eyes to the importance of understanding more of what people are feeling.

I left a positive impression on my customers and the emotional wake that came with not reaching out to share my departure genuinely hurt the relationships I developed with each of these individuals. Since then, I’ve become more mindful especially as I continue to grow in my leadership role here at Fierce.

I consistently ask myself, am I enriching this relationship? And how can I do so with each conversation I’m having?

As a manager, leader, executive, or CEO, you may be wondering where to start. How do I take responsibility for my emotional wake and go into any a difficult conversation with the tools to make it effective and engage my colleague(s) at the same time?

It starts by being real with yourself. You have to be deliberate and intentionally come out from behind yourself (i.e., the context filters you have of the world) and show up to the conversation.

And don’t let that voice in your head tell you that being real with yourself and with others is too scary, too much of a risk. Like Susan Scott says, unreal conversations are incredibly expensive for both organizations and individuals.

I know for a fact that being real can be challenging. Growing up in Canada, being polite was considered more important than being real. It was just how I was raised. I would avoid saying anything that could be construed as negative to anyone, even though it might’ve been completely valid feedback and something that genuinely needed to be said. Fierce has equipped me with the skills needed to have conversations in a manner where I am able to effectively share feedback, collaborate with my team, and confront when needed in my day to day.

As a leader, there are ways you can be real while still enriching the relationship.

Pay attention to your influence.

What effect do you have after you leave a room, finish a call, exit a meeting? How would your delivery be affected if you thought about the impact before the conversation?

Think of an emotional wake like an earthquake. In the wake of the quake, after the rumbling and friction deep within the earth’s tectonic plates has ceased, there may be after-effects: trembling, buildings crumbling, and perhaps a few smaller quakes. Your words and the conversations that you have deliver a similar effect: an aftertaste, aftermath, or afterglow.

Paying attention to your emotional wake requires that you tune in and take responsibility for it.

When a conversation is real, the change occurs before the conversation has ended. Everyone involved has the conversation. Both you and your colleagues will gain insights into who you are and what you really want, and the unnecessary clutter and filters of your mind will be cleared out so you can see the solution more clearly.

So how do you go about beginning a conversation by having one with yourself?

In her bestselling book “Fierce Conversations,” Fierce Founder & CEO Susan Scott shares a conversation model that leaders can use to clarify their intentions. Consider this your stump speech, a conversation that is clear and concise and that you could share with anyone who asks.

Conversations are like a journey. There’s a beginning, an in-the-thick-of-it, and a destination that is more of a pit stop than anything.

Have a Mineral Rights conversation with yourself.

At Fierce, we use a conversation model in our coaching program called Mineral Rights. In a Mineral Rights conversation, you lead with questions that get to the heart of an issue and explore what the potential solutions could be.

The beauty of a Mineral Rights conversation is that you can have one with yourself. Yes, they require courage, and they enable us to see the reality of a situation as well as our own truths. And an acknowledgement that our truths are not the same ones that our colleagues or direct reports have.

During your fierce conversation with yourself, explore and discern the following truths to get to the heart of reality and determine where you may have a role in the situation:

Getting to the ground truth is a reality check that requires you to be completely honest with yourself, and it’s the only way you can properly hold yourself and others accountable.

Enter the conversation prepared to be real…and curious.

As a leader, the last thing you want to do is just talk about transparency. Instead, be transparent. Instead of asking for agreement and being frustrated when you don’t get it, challenge yourself to ask for the truth. And ask for that from your direct report.

Be prepared to be surprised by what you find out.

The conversation may evoke strong emotions in your direct report. By staying curious and continuing to dig into the issue through initial and follow-up questions, you can keep the conversation on track and keep it from escalating.

Make the conversation about the issue and not the person.

It’s easy to jump into blame-placing mode and want to point a finger at the person who you see as responsible for a problem. Yet that kind of reaction is guaranteed to alienate your employees.

This is why it helps to have a Mineral Rights conversation with yourself before your meeting or one-on-one and work through the series of questions that will help you identify the issue. You can then use this model in your conversation with your direct report to keep the focus on first identifying the issue, and second, discussing the solution.

And the afterglow of a Mineral Rights conversation? Your employees are engaged and are held able to identify problems and solutions, and you are building trust between the two of you.

And last but not least, you get the opportunity to be real with yourself and identify where you have contributed to the issue. As a leader, you are holding yourself able. 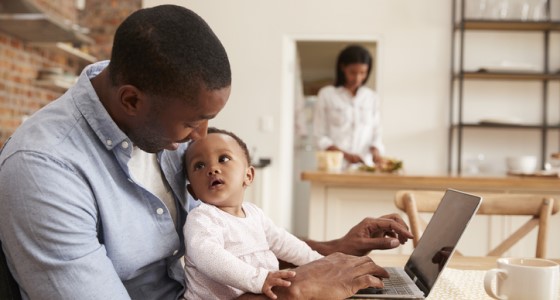 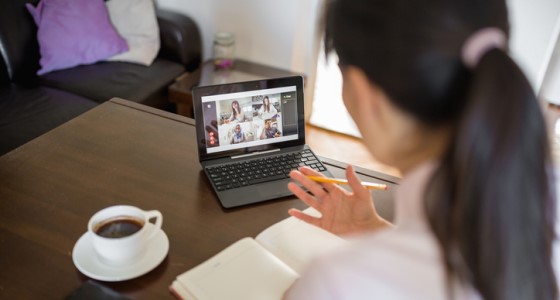 How to Tell If Your Workplace Has a Communication Problem